One might Think that reaching the idea of Justice it’s enough as to integrate other topic which a deep meaning in our nowadays society, as sustainability .  Nevertheless, and because of the increasing need of a change in the paradigm in which public actors operate makes sense to re/think the idea of justices under the scope of sustainabile justice and therefore a projection of social justice in a better cohesioned and coherent society. 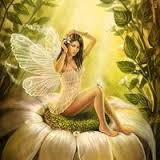